The last two weeks have been the most unreal ever. Losing my future wife so suddenly and then with the amazing help of friends and family to be able in bringing Karla back home Across the Atlantic…

Two months before all this, we were in Venice, Italy. Visiting the Architecture Biennale 2016. On this misty November day, the atmosphere became very mysterious, with these mistbanks hanging around the quays; totally submerged it felt like the whole island of Venice was some sort of Atlantis. We joked and laughed, and I took several pictures in a burst and she became a bit shy, but I couldn’t help myself to stop taking photos of her beautiful smile. We were having the best time together.

The sequence of these images in this order came about the day after the incident this early February, when I looked for photos that captured Karla’s magic a little bit. I’ve taken so many photos of her, but these suddenly presented themselves while swiping through my photo library, going backwards chronologically until the picture with the bird that flew away. I realized I should reverse this series and present it as such that it seems Karla looks over her shoulders, standing on the edge, and then decides to get wings and take off into the Eternal Infinite. Which is true. A piece of Southern American magic realism à la Gabriel Garcia Márquez, if you will.

Now, a portrait series that shows Karla Roman’s graceful joy and departure, that perfectly documents her magic presence that she gave me and all her friends & family here on this planet. A true Magic Angel. These pictures were part of her ceremony in Brazil.

I’ll see you when I get There, my Love.

“Think of Love as a state of Grace; not the means to anything but the Alpha and Omega, an end in itself.” ―
Gabriel García Márquez 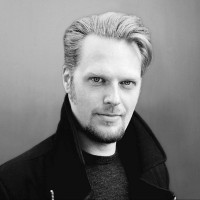